In November 2012, we all watched with dismay as Hamas indiscriminately fired thousands of rockets at Israel over a six-day period. A few Israelis lost their lives and daily life was disrupted with frequent visits to the shelters, especially in the south of the country in towns like Sderot, Ashdod and Ashkelon.  A few rockets reached Tel Aviv and Jerusalem but failed to cause any damage.

The events of November 2012 will above all be remembered for the extraordinary success of yet another technological miracle from Israel, the Iron Dome antimissile defence system. Iron Dome, according to reports released by the IDF, shot down about 84% of the incoming missiles it targeted.  The residents of Tel Aviv soon became so convinced of the outstanding capabilities of the Iron Dome that they stopped going to shelters, preferring to stand outdoors and watch the Iron Dome missiles streaking into the sky to bring down the incoming enemy missiles.

The success of the Iron Dome has made the whole world stand up and take note, especially these days, when we are subjected to daily threats of ballistic missile attacks from North Korea and their ally Iran. Up until now the accepted wisdom has been that the attacker has the advantage and that the defender cannot possibly deal with the incoming fire power. Iron Dome has shown that the tide is turning and that it is possible to defend effectively against enemy missiles. The success of Iron Dome has been such that a number of nations from conflicts zones, including the US, India, Singapore and South Korea, have shown interest in acquiring the Iron Dome system. It is believed that Singapore is the first country outside Israel to have already deployed Iron Dome.

In this article we take an in-depth look at Israel’s antimissile defences and we will tell the story of how Israel developed the Iron Dome system against all odds.

Israel faces many threats from its neighbours and further afield. There is the immediate threat from terrorist organisations such as Hezbollah and Hamas firing rockets into Israel. There is also the threat from Iran and Syria of long range ballistic missiles carrying conventional, chemical or even nuclear warheads. 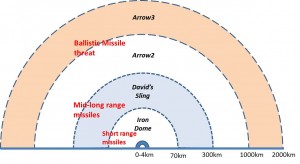 Figure 1 depicts Israel’s antimissile defence systems. As can be seen, Israel has been deploying four different systems in order to deal effectively with the threats it faces.

Iron Dome, which is the main subject of this article, has been developed to counter the threat posed by the short range (4km-70km) Qassam rockets built in Gaza, the more sophisticated Fajr-5 missiles provided to Hamas by Iran and the Katyusha rockets used by Hezbollah. Each Iron Dome battery provides a defensive umbrella of about 70km in radius. Iron Dome became operational in March 2011.

David’s Sling is a medium to long range (40km-300km) missile defence system being developed jointly with the US to address the threat posed by Zalzal-2 rockets located in Lebanon and the various missiles in Iran’s arsenal. This system uses a two-stage surface-to-air interceptor missile to destroy the incoming missile. The system was successfully tested in November 2012 and is expected to go into service later in 2013 or early 2014. It will replace the Patriot batteries provided by the United States. 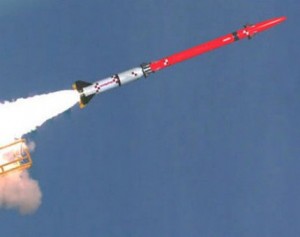 Arrow  is a family of anti-ballistic missile defence systems. Arrow 2 has a range of (200 km-1000 km) whereas Arrow 3 has a range of up to 2000 km. They are designed to deal with any possible threat presented by surface-to-surface missiles acquired by the Arab countries or Iran (e.g. Shahab-2). Arrow 1 was first developed in the early 1990s and was replaced with the smaller Arrow 2  from 1996 onwards. New versions of Arrow 2 are being developed all the time; the current version under development is called Block-5. Arrow 3 is a new system being developed together with the US for intercepting ballistic missiles in outer space.

In part 2 we will concentrate on the story of the Iron Dome antimissile system.