On Sunday 24 January we hosted a BJRC event in the Menorah Suite with Tobias Ellwood MP, Parliamentary Under Secretary of State for Foreign & Commonwealth Affairs, as the principle speaker. We are grateful to Mr Ellwood for making time in his busy schedule to spend nearly 2 hours with us answering the many questions posed by the attendees.

The meeting was chaired by Greg Rubins and Michael Filer acted as the master of ceremonies. Henry Schachter from Bournemouth Action for Israel (BAFI) spoke first and made the case for Israel, pointing out the deteriorating security situation in Israel with daily knife attacks against the innocent Israeli population, resulting in deaths and injuries and the biased way these events are being reported in the world’s media.

Mr Ellwood then spoke and explained the British Government’s position, demonstrating a detailed understanding of the situation on the ground and supporting Israel’s legitimate security concerns and actions to keep its citizens safe. The formal speeches were followed by more than an hour of questions and answers covering a wide range of topics from the problems faced at British Universities by the supporters of Israel to the problems faced by BAFI making the case for Israel at the Tolpuddle Martyrs event.

Here are some photos from the event courtesy of Corinne Rein. 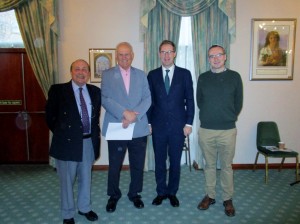 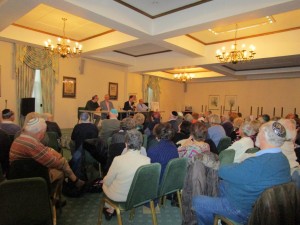