Bournemouth’s Jewish community played its part in today’s Remembrance Sunday service at the Bournemouth War Memorial. This year’s service was very well supported by the people of Bournemouth, thousands turning out to take part in the service, including many faces from our congregation. Among the dignitaries taking part were Rabbi Adrian Jesner, Cllr. Lawrence Williams and Eta Weiner.

For me it was particularly poignant to see the flag of AJEX (The Association of Jewish Ex-Servicemen and Women, Bournemouth Branch) flying alongside the other flags representing the men and women who put their lives on the line for the freedoms we take for granted today.

After the Last Post, followed by 2 minute silence, and under the heading of ‘Listening for the word from G-d’ Rabbi Michaels of BRS read Psalm 23 in English followed by Rabbi Jesner who read the psalm in Hebrew. It was truly incredible standing there with thousands of Bournemouth residents in total silence listening to Psalm 23 in Hebrew and wondering why our synagogue services could not be as quiet.

The service concluded with the laying of wreaths by various dignitaries including the mayor, members of parliament and the military. 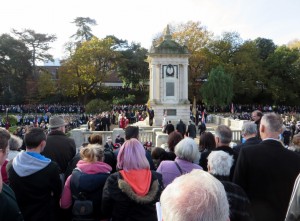 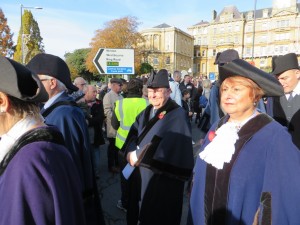 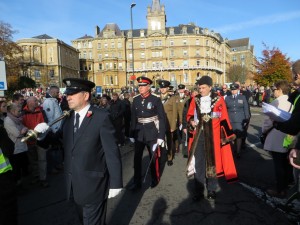 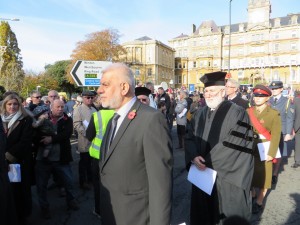 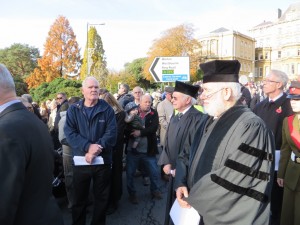 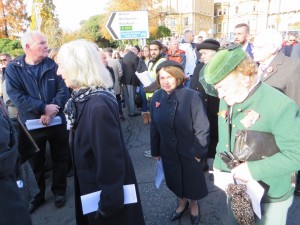 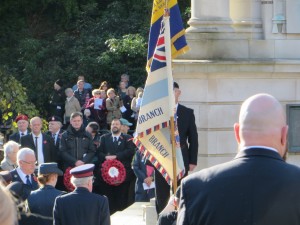