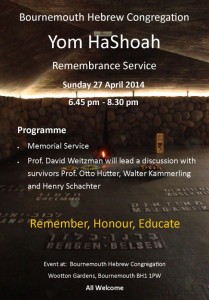 This year’s Yom HaShoah Remembrance Service at the BHC was a well-attended, moving and memorable occasion. After the Mincha Service, President Ivor Weintroub gave a talk which chronicled the roots and the history of anti-Semitism which led to the horrifying events of the Holocaust. This was followed by the Maariv service and prayers for the 6 Million Jewish souls that perished during the Holocaust.

After the Shul services, everyone went down to the Menorah suite to attend a discussion led by Prof David Weitzman, during which he interviewed three Holocaust survivors, Prof Otto Hutter, Walter Kammerling and Henry Schachter, who recalled their experiences, during which members of the panel as well as the attendees were moved to tears. Walter and Henry talked about the educational work that they do, visiting schools, talking to the younger generation about their experiences. Candles were lit in memory of the victims of the Holocaust by six congregants who lost family members during the Shoah. The Service was concluded by everyone singing the HaTikva and Adon Olam, led by Rabbi Jesner. 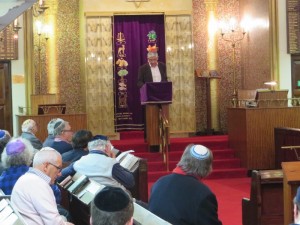 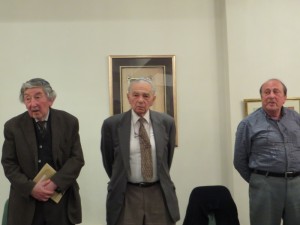 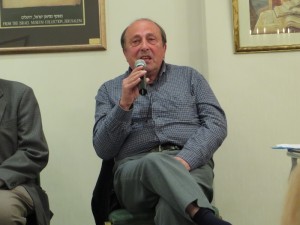 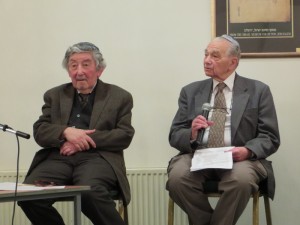 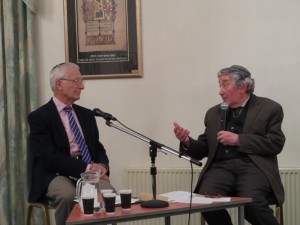 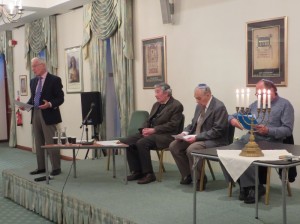 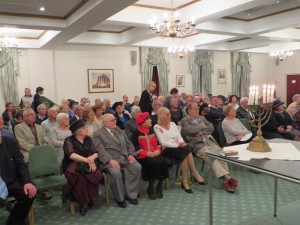 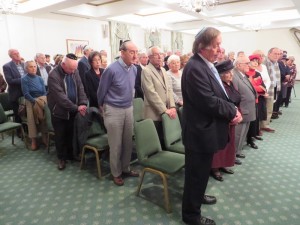 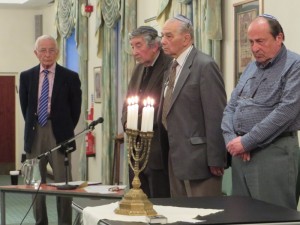 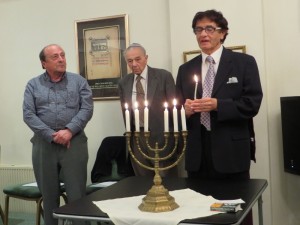 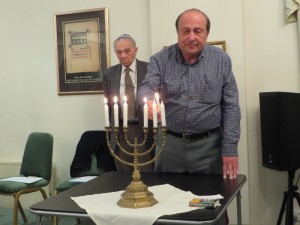 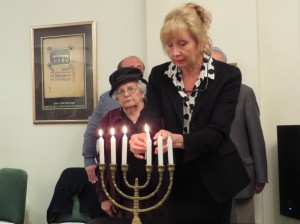 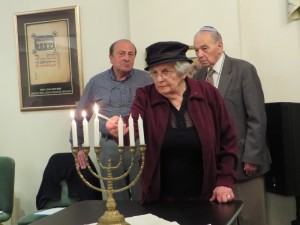 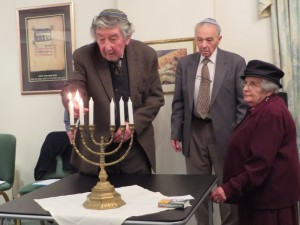 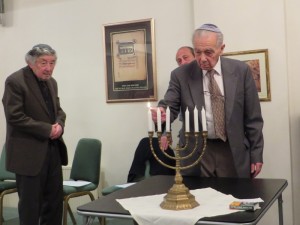 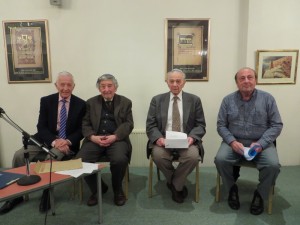