What a busy weekend it has been… Chief Rabbi’s Shabbat UK and Remembrance Sunday have made this weekend very busy and interesting.

The service in Shul was excellent and very well attended. It was all the more special because some of our ex-servicemen attended the service in uniform, proudly wearing their medals under the AJEX flag.

At BHC we had a wonderful communal Shabbat lunch which was supported by some 140 people. The three course lunch, catered by the Ladies Guild, was delicious as always. The star attraction was Alex Brummer, the City editor of the Daily Mail, who spent the weekend in Bournemouth with his charming wife Trisha.

Alex gave a limmud in the Shul after the service during which he discussed the work done in Israel by the Abraham fund of which Alex is a director. The tag line of Abraham Fund is ‘Building a shared future for Israel’s Jewish and Arab citizens’. The fund does a lot of work with the minorities in Israel, encouraging mutual understanding through education, ensuring that the Israeli Arabs can access the high quality education available in Israel’s universities and that they can participate in the prosperity of the country. After all, only through education, tolerance and cooperation will the seeds of lasting peace be nurtured.

Alex spoke a second time during lunch. This time his theme was the political scene following the unexpected victories of the Brexit campaign in the UK and Donald Trump in the US. What will the world be like post Brexit and Trump? What would it mean for Israel and the Middle East? What would it mean for the rise of the far right and antisemitism? Alex gave us interesting insights into these questions and more derived from his years of experience as a prominent journalist and a Washington correspondent.

We look forward to welcoming Alex and Trisha in Bournemouth in the near future. 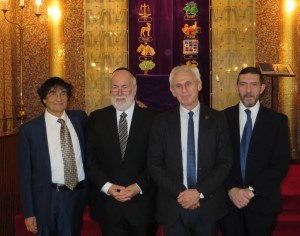 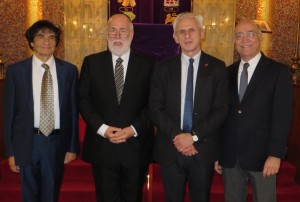 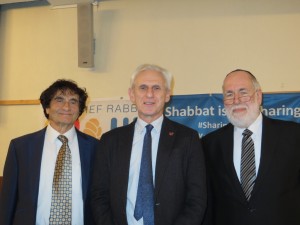 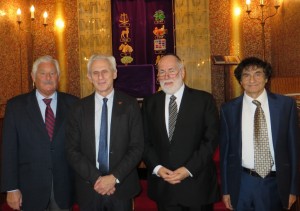